Wishlists are fascinating. Sometimes the author is guilty of being self-serving. Or perhaps the author isn’t deep enough in a specific area to make recommendations. However, in my experience, today’s best and notable tech journalists have some very good ideas about what their readers need. After all, readers (and podcast listeners) tell the authors as well as, or maybe more than, telling Apple.

Maybe it’s because the journalists readily engage their readers. In any case, I find it helpful to look at what smart writers think needs to be improved, even if Apple engineers have constraints, other roadmap driven ideas, or even agenda driven notions.

AppleInsider: ““. PC Magazine: ““ Those are the major ones I found, and that’s a lot of material to digest. So I won’t go any farther. Opacity If you’re going to pick just a few to ponder, my take is that the tvOS list (#2) offers the most substantive list of changes. That’s perhaps because Apple seems to be a little bit detached from an industry that’s changing fast. It’s also because, I think, Apple is reluctant to overwhelm the average TV viewer with gizmos. But, hey, make them available in advanced settings and keep the UI generally simple and the same.

It can be done. Another area that needs work is a graphical display of our network status, macOS and iOS, much like what does. In this day and age, security and transparency have to trump mindless simplicity and a happy-go-lucky mindset.

NetBarrier firewall. Image credit: Intego Recently, I wasted a lot of time with a family support issue (macOS) because it wasn’t immediately clear was the state of the Mac’s firewall was. A graphical diagnostic tool would have helped a lot. It would also help highly mobile users, who often work while in public networks, understand in a very visible way, the network protection they have (or do not have). Apple has a unique genius to make this happen. It’s probably more of an issue for macOS than iOS. Another thing I’d like to see is better documentation and system support for APFS. That means as well as Time Machine support for APFS formatted drives.

After macOS 10.14, there should never be any reason to use HFS+ anymore. Finally, based on what readers are telling me, it’s high time Apple gave us a new Mac mini.

I recently went into some detail on this. WWDC is always full of terrific and unexpected delights.

Having some perpective about what we need, or think we need, helps us put the keynote into better perspective. The lens of our wishlists helps us understand Apple and its immediate priorities. Often, we then appreciate what Apple is up to even as we put aside a few of our own fantasies. Until next year. Note: Particle Debris is just one page this week. Particle Debris is a generally a mix of John Martellaro’s observations and opinions about a standout event or article of the week (preamble on page one) followed on page two by a discussion of articles that didn’t make the TMO headlines, the technical news debris.

The column is published most every Friday except for holiday weeks. John: These are an interesting collection of readings. Particularly, your citing articles that permit a separate treatment of each OS and their supported devices enables greater understanding of issues pertaining to each system, without which this could be a study in confusion and conflation. Many of the ideas proffered on these wish lists did, as I’m sure was intended, make me ask how I might use these OSes and apps differently than I currently do, and how these might improve my own workflow and productivity (and recreation), however many if not most of these addressed features for which I have Read more ».

Wish List: New Mac Alert Sounds Sounds in System 7.5.3 There used to be a Mac add-on called SoundMaster that let you wire different sound effects to different system functions. A sound for emptying the trash, a sound for shutting down, a sound for starting up—you name it, it could play it. And SoundMaster came with a bunch of sounds, including one that’s simply a guy’s voice saying the word “.” Along with the redesign of iOS 7, Apple lavished some attention on the ringtones and text tones in iOS, adding dozens of new ones and relegating the original sounds to classic status. It strikes me that the Mac could use a bit of an audio upgrade, too.

Its alert sounds and sound effects haven’t changed in ages. Sounds in Mac OS 9.2. The Mac comes with 14 built-in alert sounds, all available from the Sound Effects tab of the Sound preference pane. One of them, Sosumi, dates from System 7. Three more—Glass, Purr, and Submarine—date from Mac OS 9. Six others (Basso, Frog, Funk, Ping, Pop, Tink) are from the earliest days of OS X. The newest ones seem to be Blow, Bottle, Hero, and Morse—and they’ve been around since at least Snow Leopard in 2009. 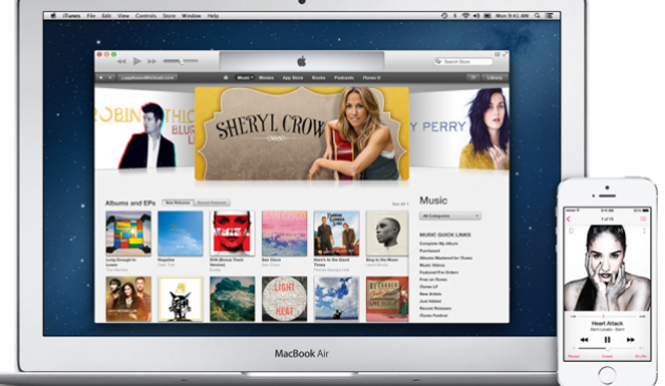 These alerts don’t just show up as system beeps. They also appear in other places, such as alert sounds when you’re reminded of calendar events. And they’re just so stale. What I’m saying is, the Mac’s in need of an audio upgrade. Alert sounds aren’t the same as ringtones (ringtones can be very long), but wouldn’t it be nice if my Mac had access to the 40 alert tones Apple has hidden away at /​System/​Library/​PrivateFrameworks/​ToneLibrary.framework/​Versions/​A/​Resources/​AlertTones?

Why keep the Mac so bland, with only 14 dusty sound effects, when there are 40 new ones already on my Mac, but hidden away and not linked properly to the rest of the system? Sounds in OS X El Capitan. In the meantime, I encourage you to customize your Mac’s alert sound.

Any AIFF or WAV file dropped into /Library/Sounds will appear in all the same places as all of the default alert sounds, including Calendar and the Sound preference pane. (Don’t make them too long, though.) In that folder on my Mac is a sound file I’ve had since the early ’90s. It’s that SoundMaster sound (since converted into an AIFF) of the guy saying “.” It helps make my Mac—all of them, in an unbroken chain from the spring of 1990 to the present day—feel like home. One of the most fun things about the Mac is the ability to personalize it. Maybe it’s time for Apple to give macOS users a little more audio variety. Thanks to Stephen Hackett for digging out a couple of old Macs to check on the provenance of old alert sounds.